Views :2832 Recommendation: Votes:1 Discuss:0
What’s new is the hall layout. The southern section of our exhibition centre will be extended towards the Rhine, comprising the future Hall 1 and thus a new, light-flooded southern entrance area as the dominant feature, looking towards the city centre. This is why wire 2018 will be held in Halls 9 to 16 and parts of the temporary Hall 18, while Tube will cover Halls 3 to 7.0 and Halls 16, 17 and also parts of the temporary Hall 18 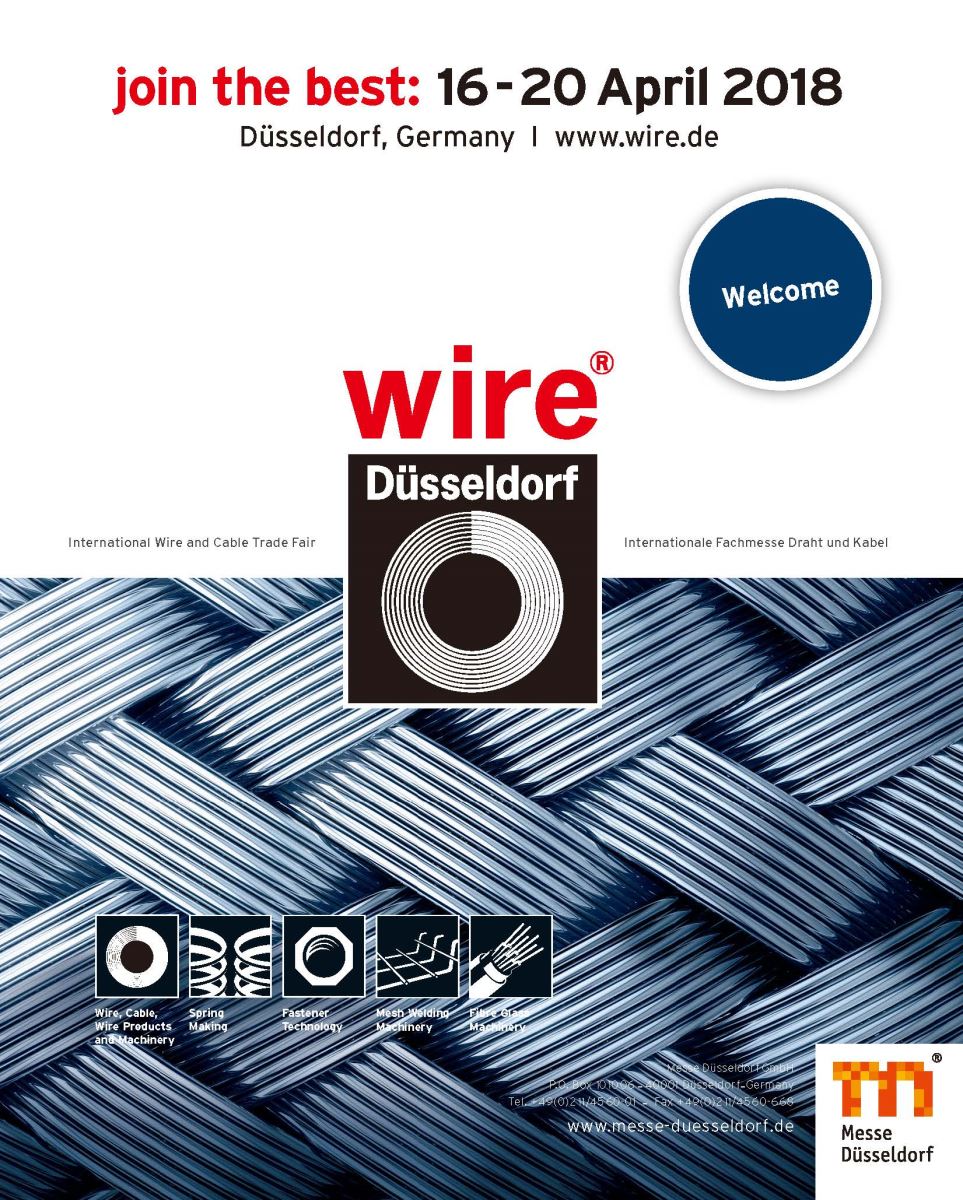 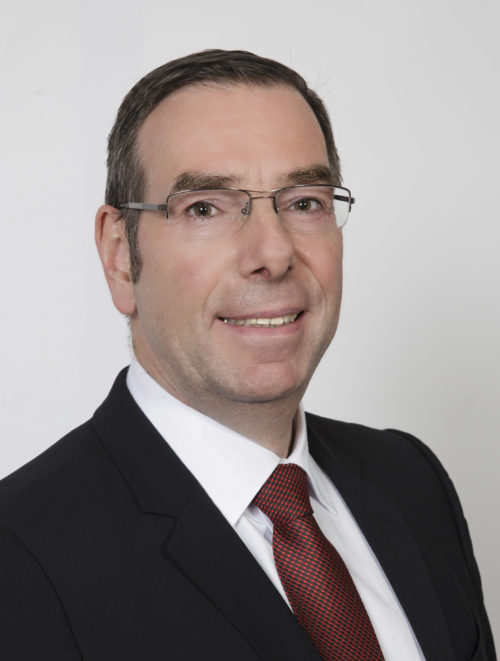 But there will also be enough space for further specifications and applied technologies, and of course Industry 4.0 will definitely continue to determine the course of the two leading trade fairs in 2018. We’ll be welcoming over 70,000 trade visitors on those five days, and we’re expecting to see the entire professional world coming to Düsseldorf again.

What’s new is the hall layout. The southern section of our exhibition centre will be extended towards the Rhine, comprising the future Hall 1 and thus a new, light-flooded southern entrance area as the dominant feature, looking towards the city centre. This is why wire 2018 will be held in Halls 9 to 16 and parts of the temporary Hall 18, while Tube will cover Halls 3 to 7.0 and Halls 16, 17 and also parts of the temporary Hall 18.

It means that Hall 16 will form a transitional area and interface between wire 2018 and Tube 2018.

In addition to the southern, eastern and northern entrances, there will be a temporary entrance in Hall 17. The shuttle buses will be serving all four entrances. 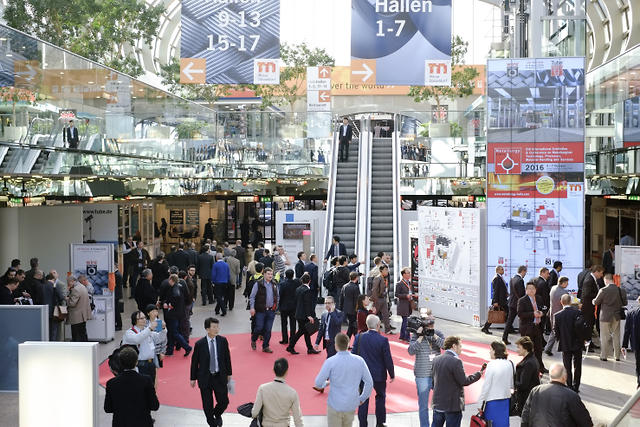 Question:
What will be the main emphasis in the various halls?

Kehrer:
wire: Halls 9 to 14 and part of Hall 16 will focus on wire and cable machines, wire and cable production and trade and glass fibre technologies.

Hall 13 will put the emphasis on mesh welding machines and spring making technology. Hall 15 will feature connection and fastening technologies, and the adjacent Hall 16 will have a section entitled “Meet China’s Expertise”.

This has proved its worth in the past and has again been requested by our Chinese exhibitors who want to present their innovative products in a compact and manageable area, within one hall.

Tube: Tube manufacturing, profiles and the tube trade will feature in Halls 3, 4, 7 and 16. Tube metal forming will be presented in Hall 5, and tube processing machines in Halls 6 and 7a. Plants and machinery will be showcased in Hall 7a, whereas Halls 16 and 17 will be about tube accessories. Profiles will be presented in Halls 3 to 7a and Halls 16 and 17. China’s Tube exhibitors will occupy Hall 16 together with their wire colleagues from the same country, inviting visitors to “Meet China’s Expertise”. But although the two Chinese groups will share the same hall, they will occupy different sections within it.

Question:
How are the two events being effected by the global economy?

Kehrer:
Despite various global crises in recent years, the entire industry is currently experiencing a global boom. It’s an economic climate that encourages investment, not just in Europe.

Considerable sums of money are being invested in infrastructural projects, construction and the automotive industry in South-East Asia, in some South American countries and in parts of Africa.

The German economy, too, has been booming for a number of years now. Private households are increasing their consumption, and the building industry is benefiting from the trend among many Germans to build their own houses. Rising exports have led to a higher gross national product.

The wire, cable, pipe and tube industries are playing major roles in all this. We are therefore optimistic about spring 2018, and we have already recorded a good number of registrations – over six months before the trade fairs.

Even at this stage, therefore, the registration figures are persuasive. wire 2018 currently has a net occupancy of around 65,000 square metres. So far 1,120 exhibitors have registered, coming from 50 countries (November 2017). 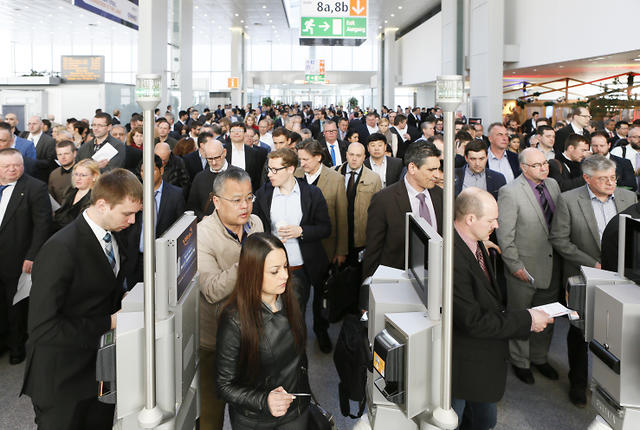 Question:
Can you explain the term Global Portfolio?

Kehrer:
wire and Tube have grown steadily in Düsseldorf since the mid-1980s. Every two years Düsseldorf becomes the meeting place for key players of these industries.

The demand for plants, machinery and products from the cable, wire and tube industries is also growing in other countries, and so we now have wire and Tube satellite trade fairs in Russia, India, China, Thailand and Brazil. wire and tube are going global – and in fact at a time of global transformations. After all, no industry could function without wire, cables or tubes.

The success of these events has shown that we were right not to limit our focus to our domestic and European markets, but to pursue a worldwide focus and to develop more and more new markets. This is what gives our brands so much strength: wire and Tube – join the best.

It’s also been our first year of active involvement in Iran. 2017 was the first time that Messe Düsseldorf acted as an overseas associate at Iran Wire. We’ve been targeting and supporting all international companies (except US companies) that would like to present themselves as exhibitors at the trade fair in Tehran.

So it’ll be exciting to see how things go at the EXHIBIRAN INTERNATIONAL Fairground from 6 to 9 December 2017. The Aria Group, the owners and organisers of Iran Wire, will be holding this high-profile technology trade fair for the first time at the new exhibition centre.

Question:
Has there been a shift in the countries where exhibitors and visitors come from?

Kehrer:
Our strongest exhibitors’ and visitors’ countries in 2018 will continue to be our European neighbours, although there are also many overseas companies.

The most strongly represented exhibitors at wire and Tube are from Italy, the UK, France, Turkey, the Netherlands, Belgium, Spain, Switzerland, Sweden, Austria, Poland and Germany. Many of the overseas exhibitors come from the United States, India, Taiwan, South Korea and China. We are expecting around 70,000 trade visitors on the five days.

Most trade fair visitors will be coming from major production and consumer countries, such as Italy, Belgium, the UK, France, the Netherlands, Spain, Switzerland, Austria, Russia, Turkey and Germany. But we’re also expecting an increasing number of expert visitors from overseas, i.e. the United States, Brazil, India and China. 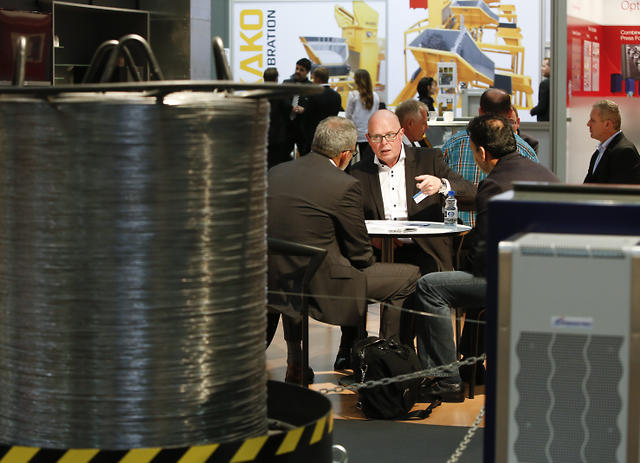 Brief profile:
Friedrich-Georg Kehrer is Global Portfolio Director for Metals and Flow Technologies at Messe Düsseldorf GmbH. Working with a large team, he is responsible for the international plant and machinery portfolio in the growing area of metal trade fairs. At the moment, this means over 30 events worldwide.