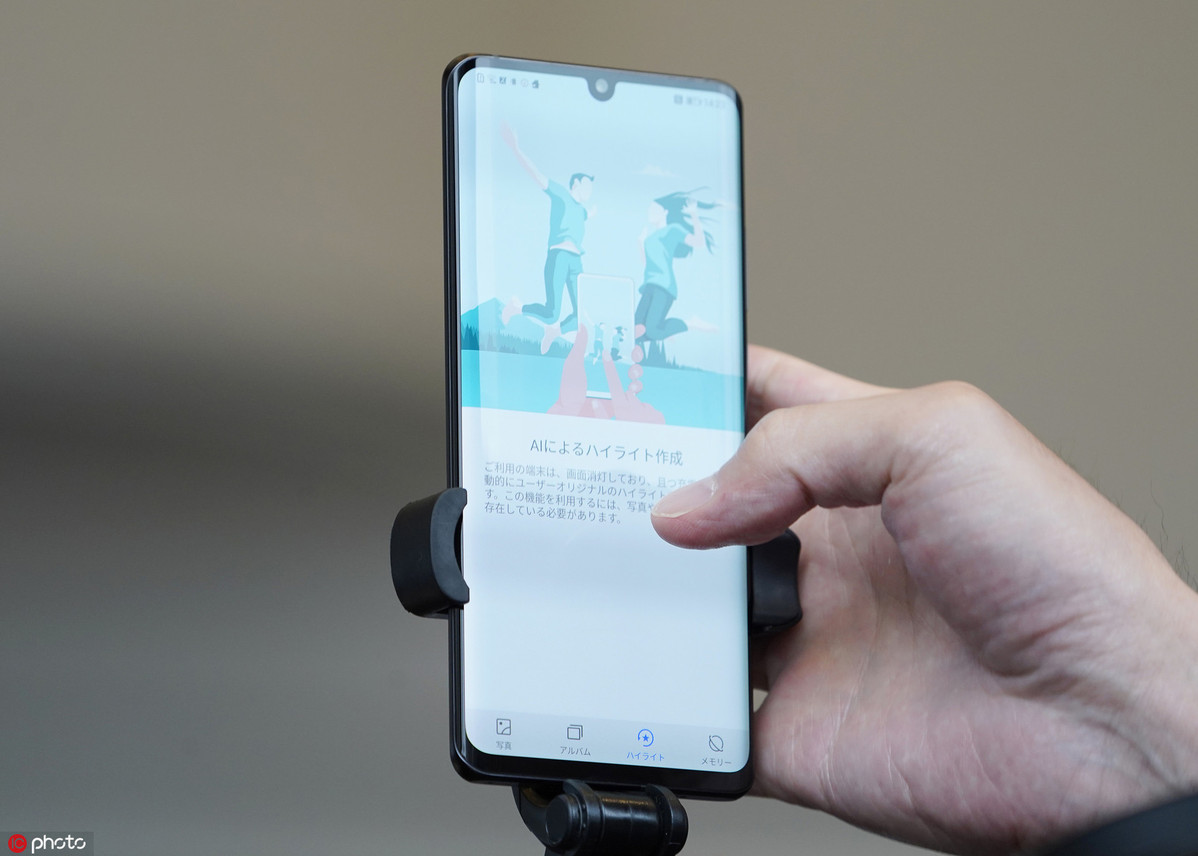 A visitor touches Huawei's smartphone at a promotional event in Tokyo, Japan, May 21, 2019. [Photo/IC]

Global smartphone sales decreased 1.7 percent year-on-year in the second quarter of this year to 368 million units, down from 374 million units in the same period last year, research and advisory firm Gartner said on Wednesday.

The world's top five vendors are Samsung, Huawei, Apple, Xiaomi, and OPPO. Among the top 5, Huawei and Samsung saw the biggest growth, with sales increases of 16.5 and 3.8 percent, respectively.

Huawei's sales surged 31 percent in the second quarter of 2019 compared to the last quarter in the greater China area.

Samsung sold 75 million smartphones worldwide, with market share rising to 20.4 percent in the second quarter of this year, up from 19.3 percent in the same period last year.

Appple's iPhone sold 38 million units in the second quarter of 2019 — a 13.8 percent year-on-year decline — and market share accounted for 10.5 percent of the world's total, a slide of 1.4 percentage points from 11.9 percent last year.

Moreover, sales of high-end smartphones will decline faster than other types, and smartphone makers are copying the high-end features of their flagship phones to lower-end models to attract users to renew their phones, Gartner said.