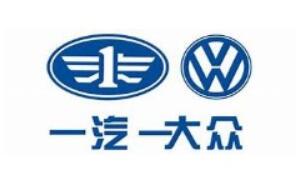 FAW-Volkswagen Automotive and Mercedes-Benz (China) filed a defected car recall plan recently. FAW-Volkswagen decided to announce a recall of a portion of imported Audi A8L models manufactured between September 26, 2018 to February 13, 2019, immediately effective. A total 200 cars are involved. The cars within the range of recall are involved because of suppliers' incorrect production parameters and erroneous craft that cause the rivets on the rails of front passenger seat to have a head size incompatible to the requirement of Audi.

Mercedes-Benz (China) announced a recall of a portion of imported C class and CLS class cars manufactured on December 6 to 18, 2018, immediately effective. The cars within the range of recall are involved because of possible mixed installation with bolts on the oil tube and air tubes.

Source: Fastener World
2019-07-25
Previous: China's motorcycle sales up 6.7 pct in June
Next: Italy's economic activities to be back to pre-COVID levels in 2025: think-tank
Recent Releted News