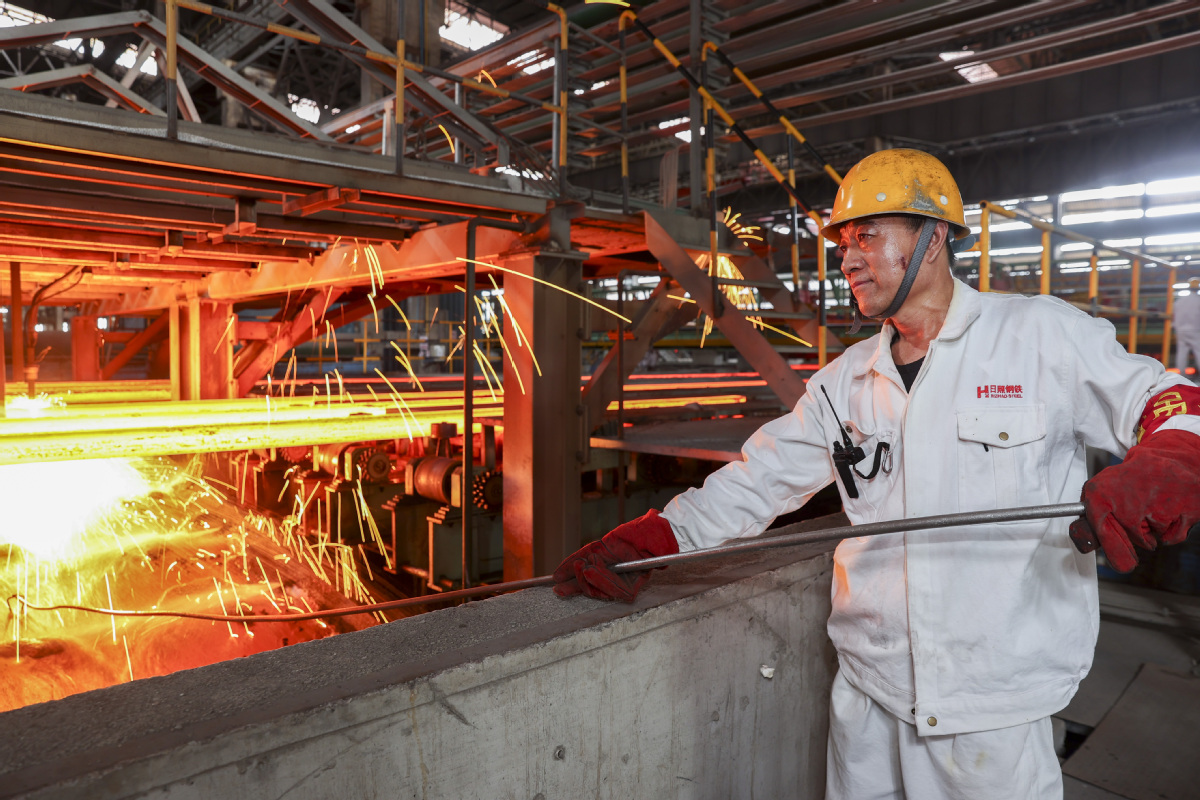 An employee works at a crude steel production factory in Lianyungang, Jiangsu province, on Oct 2, 2021. [Photo/IC]

The whole-year crude steel output for 2021 is expected to decline 2.3 percent on a yearly basis to 1.04 billion tons, the report said.

Imports of iron ores will be around 1.08 billion tons next year, a decline of 4.4 percent from the estimated amount of 1.13 billion tons this year.

The institute also released a report that reviews the competitiveness of 122 key Chinese steel enterprises, which together account for 90.2 percent of national crude steel capacity.

Joint market share of the top 10 steel enterprises is around 40 percent, and the figure is expected to increase in the next five years, he said.