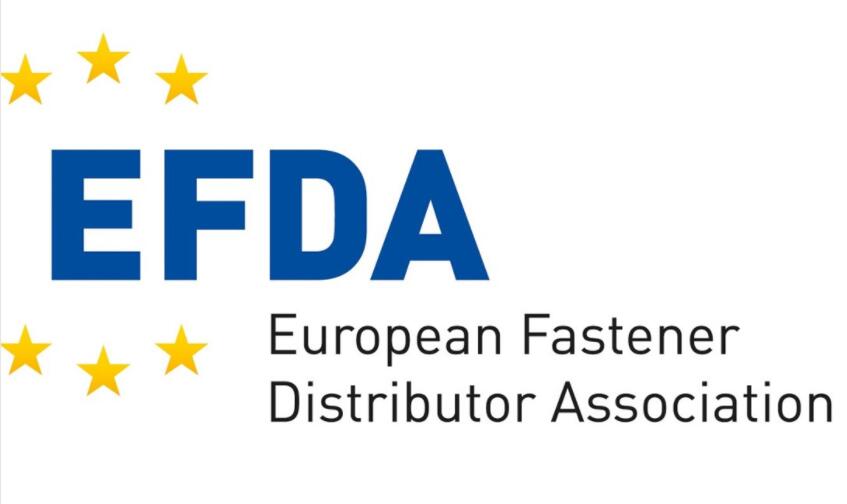 On 14th December the European Commission disclosed its additional conclusions for the AD676 anti- dumping investigation, which included only a small reduction of duty rates previously calculated of between 1.8% to 3.3% - based on the downward revision of the benchmark used to calculate the exporting producers' electricity costs.

"In proposing duties of up to 86.5% on Chinese fasteners, the EU is creating a permanent supply problem for the European industry thereby putting 'Made in EU' at risk. The excessively high duties will hit European companies at a time when they are already suffering from massive supply problems. It is completely incomprehensible that the European Commission wants to make the supply situation even worse under these exceptionally difficult circumstances."

The European Commission intends to impose an anti-dumping duty on imports of screws and other iron and steel fasteners originating in the People’s Republic of China. A duty of 39.6 % is planned for a limited group of Chinese fastener exporters (previously listed as 41.8%). However, the general duty rate is still to be a whopping 86.5% (previously listed as 89.8%). The Commission initiated the investigation on 215t December 2020, following a complaint lodged by European fastener producers.

According to the Commission, the duties are to be imposed by 17th February 2022 at the latest. Before that, the governments of the EU Member States will vote on the definitive measure.

The planned duties will hit all sectors of European industry, craft, and commerce, as well as European consumers, all of which depend on the reliable supply of fasteners manufactured to international standards. These ostensibly simple, low value pieces of precision engineering - whether bolts, screws Or washers - are indispensable for the manufacture of cars, bicycles, washing machines, solar panels, combine harvesters, furniture, and trains, as well as for use in installation and repair work by craftsmen or for repairing the garden door or attaching a picture in one’s own home. But the impact of duties will also be felt by schools, food manufacturers and the health sector, which need school desks, refrigeration equipment or medical devices literally held together by fasteners. Without the right fasteners, none of these final products or structures is viable.

European fastener importers, wholesalers and distributors supply the European industry with an extensive range of fasteners and ensure that the products are available at the right time at the right place at the customer. For industry, the permanent availability of standard parts is indispensable so that their products can continue to be manufactured in the EU and sold successfully on the world markets. Any disruption, even slight, to the fastener supply chain has a disproportionate impact on the supply situation. Therefore, any intervention in the supply chains must be well-considered.

The existing supply bottlenecks for fasteners are already making it more and more difficult to meet the demand of industry and consumers for fasteners. Delivery times for fasteners have in many cases tripled in the past year and are currently between 8 and 14 months. The costs for sea containers are ten times higher than in 2019, and the prices for raw materials like steel have exploded, too. The pandemic-related work stoppages in factories all over the world are further complicating the situation. This has not only made fasteners scarce, but dramatically driven up their costs.

At 86.5%, the planned duties on Chinese fasteners are even higher than those imposed from 2009 to 2016, which were eventually withdrawn following a succession of negative rulings against the EU by the World Trade Organisation (WTO). During that period the import flow from China completely collapsed. European manufacturers, despite assurances to the Commission to the contrary, were either unable or unwilling to the shortfall - which was substituted almost entirely by importers moving to other Asian manufacturing countries.

Now, despite extensive evidence from EFDA, the Commission is apparently intent on going one better! In a supply-chain environment massively and critically worse than in 2009, the proposed duties are set to almost double prices that have already exploded in the last twelve months. In addition to driving inflation for the wide range of European fastener users and consumers, the application of duties will put even more strain on the already tightly constrained capacities of manufacturers outside China and further increase supply bottlenecks, Given the supply crisis already in place and the force of the proposed duties, the consequences for the economy and consumers will be devastating. The Commission, however, completely ignores these consequences!

The planned duties on Chinese fasteners will create an unbridgeable permanent supply gap that will not be covered by switching to manufacturers in Europe or elsewhere in the world. In other East Asian markets such as Taiwan, Thailand or Vietnam, production capacities have already been exhausted since US companies began claiming resources here a few years ago in response to the Trump administration's protectionist duties on Chinese imports.

European fastener manufacturers are not available as substitutes either. Their capacities are already stretched now, and there is no improvement in sight. Almost without exception, European manufacturers produce high-quality special parts, e.g for the global automotive industry, whereas imports from China regard the simpler standard parts. For these standard parts EU producers will never provide sufficient production capacity. They did not do so either when duties were imposed on Chinese fasteners from 2009 to 2016.

In 2016, the Commission was obliged to withdraw its anti-dumping duties overnight due to a series of WTO rulings that demonstrated their basis was irreparably flawed. "Now the Commission is repeating its mistakes by imposing disproportionately high duties without any need. A duty level of 86.5% in no way reflects the realities of the market. As in 2009, the Commission calculates the duty level on a data basis that is not representative at all. It is based on the costs and price of one single fastener product type out of several hundred, produced by one out of many Chinese fastener manufacturers. The Commission deliberately chose this particular approach because it yields the largest margin for a duty and makes it the benchmark for the China business.

The European Fastener Distributor Association (EFDA) represents the interests of importers, wholesalers, and distributors of fasteners in Germany and Europe. EFDA has been actively involved in the Commission's investigation process as an interested party from the very beginning and has presented comprehensive arguments and evidence why the imposition of duties on Chinese fasteners is not appropriate. To the dismay of EFDA, the Commission has barely addressed the association's input in its decision.

This duty has nothing to do with establishing a level playing field. Rather, it arbitrarily distorts an already extremely strained market. National governments of the EU Member States need to take the interests of their European manufacturing, construction and consumer economies seriously and council the Commission to reconsider its proposals."