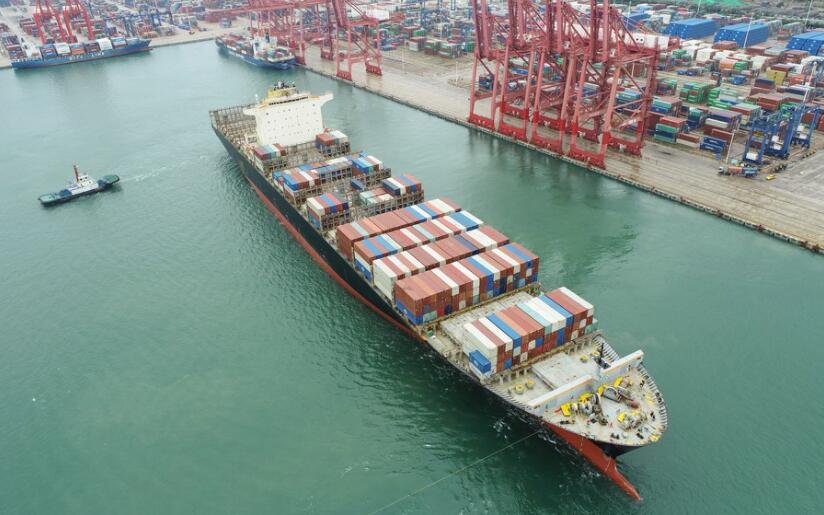 China's foreign trade maintained growth momentum in the first 10 months of 2021 as the economy continued its stable development.

The figure marked an increase of 23.4 percent from the pre-epidemic level in 2019, according to the GAC.

Both exports and imports continued double-digit growth in the first 10 months of the year, surging 22.5 percent and 21.8 percent from a year earlier, respectively.

In October alone, the country's imports and exports rose 17.8 percent year on year to 3.34 trillion yuan, 5.6 percent slower than September, the data showed.

In the Jan.-Oct. period, China's trade with its top three trading partners -- the Association of Southeast Asian Nations, the European Union and the United States -- maintained sound growth.

During the period, the growth rates of China's trade value with the three trading partners stood at 20.4 percent, 20.4 percent and 23.4 percent, respectively.

China's trade with countries along the Belt and Road rose 23 percent year on year during the same period, customs data showed.

Private enterprises saw imports and exports increase 28.1 percent to 15.31 trillion yuan in the first 10 months, accounting for 48.3 percent of the country's total.

The imports and exports of state-owned enterprises rose 25.6 percent to 4.84 trillion yuan in the period.

Exports of mechanical and electrical products registered robust growth in the first 10 months. Exports of automobiles surged 111.1 percent year on year in the period.

China has taken a slew of measures in 2021 to ramp up foreign trade growth, including accelerating the development of new business forms and modes, further deepening reform to facilitate cross-border trade, optimizing its business environment at ports, and promoting reform and innovation to facilitate trade and investment in pilot free trade zones.