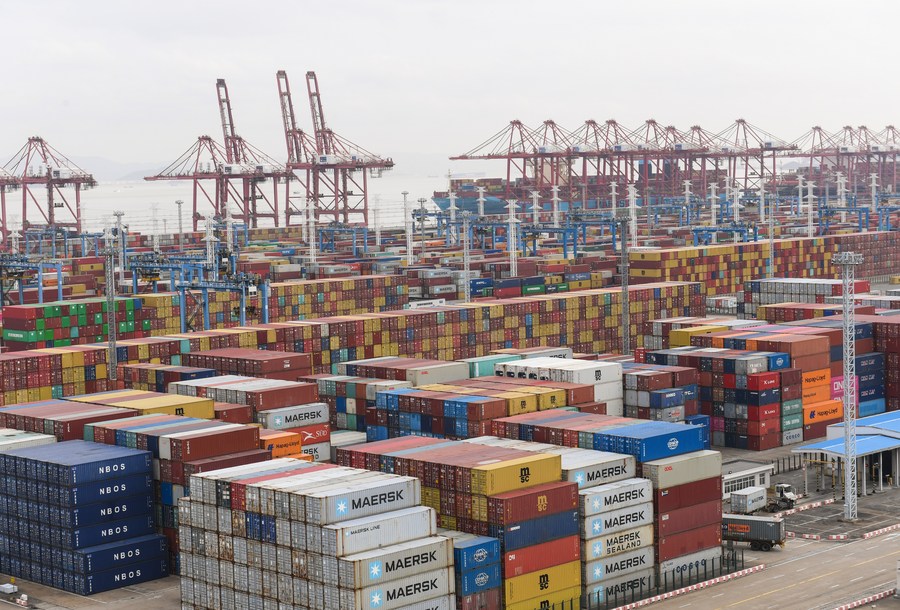 China has taken the lead in ratifying the Regional Comprehensive Economic Partnership (RCEP) agreement, the Ministry of Commerce (MOC) said on Monday.

All members of the RCEP are planning to ratify the agreement before the end of this year and push for it to become effective on Jan. 1, 2022, MOC official Yu Benlin said at an online training activity on RCEP.

With the ratification by at least six ASEAN member states and three Non-ASEAN members, the agreement will be effective among these countries, Yu said, adding that Thailand has also ratified the agreement.

The ministry and other related authorities have arranged a total of 701 binding obligations involving China under the RCEP, Yu said, adding that the country has completed preparations for the implementation of 613 items, accounting for 87 percent of all obligations.

Preparations for the remaining items are expected to be completed before the RCEP's implementation, and China will be able to entirely fulfill its obligations when the agreement becomes effective, said Yu.

The online training activity on RCEP was the second of its kind held by the MOC, which attracted a total registration of more than 60,000 people, with over 70 percent being representatives of enterprises.