Sales surge in Feb as auto sector gets lift

Views :189 Recommendation: Votes:0 Discuss:0
Carmakers across the board delivering more vehicles than in 2020 as market recovers 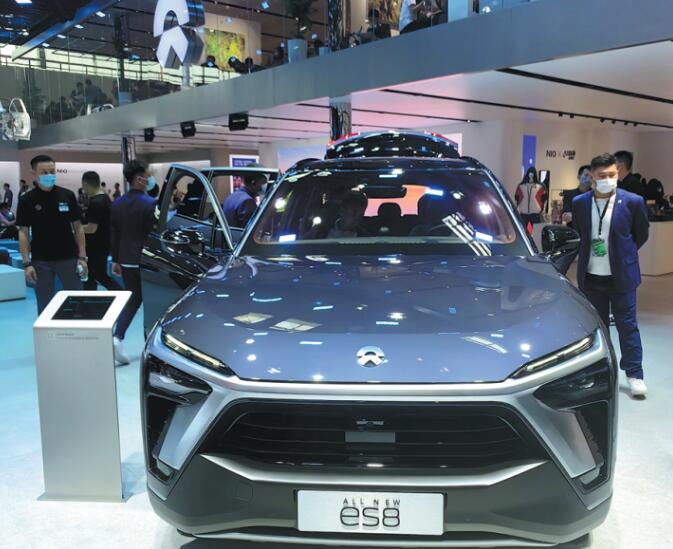 Auto sales in China continued their surge relative to 2020 in recent months with a 364.8 percent increase in February from a year earlier when the country was at the height of its COVID-19 outbreak and with most auto plants and dealers shuttered.

A total of 1.46 million vehicles were sold in February, making the January-February total 3.96 million, according to the latest statistics from the China Association of Automobile Manufacturers.

Passenger vehicles sales, which accounted for the majority of overall sales, reached 1.16 million, more than four times that sold during the same period last year.

The massive growth figures have been attributed to the country's quick containment, control and recovery from the COVID-19 outbreak domestically.

Since last year, the Chinese government has released related policies and incentives to boost car sales and recover from the pandemic.

Chen Shihua, a deputy secretary-general of the CAAM said that with China's 2021 economic growth target of above 6 percent, the auto industry will be supported by the new measures.

Chen said that chip shortages will affect 5-10 percent of production in the first quarter and it will ease in the second quarter with governments organizing for industry players to solve the problem.

The problem is not limited to China. Volkswagen warned late last year that it must adapt production at North American and European locations, and General Motors has shut some assembly lines.

There are still some uncertainties for the market, including the pandemic still spreading around the world, the complex world economic situation and restricted consumption, as well as insufficient investment growth in the country, which may affect the recovery of the automobile market, the CAAM said.

With China's carmakers seeking to get a foothold worldwide, exports have shown positive growth. A total of 105,000 cars were exported in February, an increase of 134.4 percent year-on-year.

The CAAM predicts that China's auto industry is likely to see a slight growth for the first time in four years in 2021.

The outlook anticipates 26.3 million vehicles will be sold in China this year.