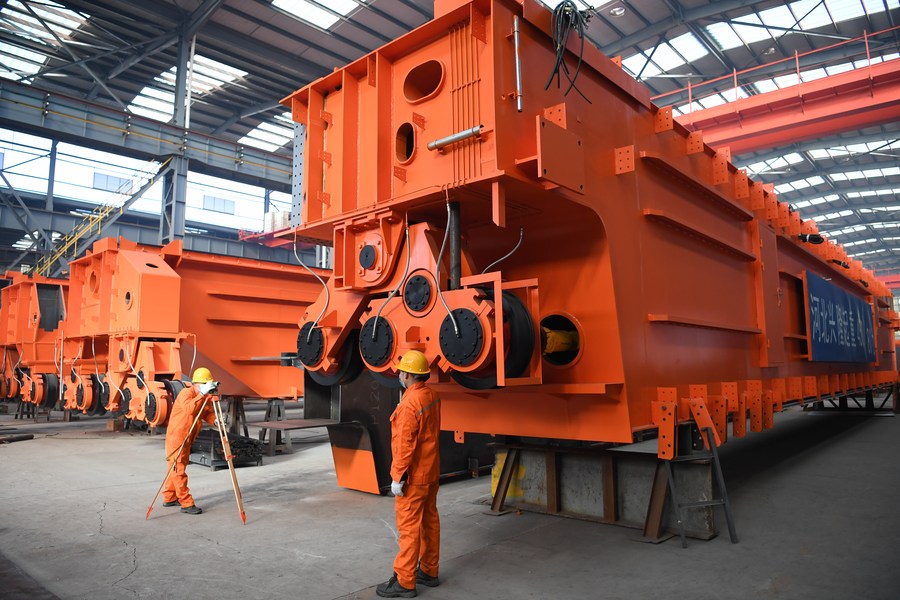 China's industrial profits maintained growth momentum in November amid strengthening economic recovery, with steady improvement on both supply and demand sides, as well as company operations.

In the first 11 months of the year, the profits of major industrial firms expanded 2.4 percent year on year to more than 5.74 trillion yuan, widening by 1.7 percentage points from that in the first 10 months, according to the data.

Specifically, profits of state-controlled industrial firms dropped 4.9 percent from one year earlier to nearly 1.45 trillion yuan, while those of private ones saw their profits grow 1.8 percent year on year to about 1.73 trillion yuan.

In the first 11 months, the country's value-added industrial output expanded 2.3 percent from one year earlier, 0.5 percentage points faster than the rise for the first 10 months.

During the January-November period, major industrial firms saw their revenues return to growth for the first time this year, rising 0.1 percent year on year.

The industries of equipment and high-tech manufacturing reported year-on-year increases of 11.2 percent and 15 percent, respectively.

Traditional industries such as mining, textiles and garments, as well as oil processing, saw a narrowing profit decline during the same period.

Meanwhile, in the first 11 months, the unit cost per 100 yuan of revenue for major industrial firms dropped 0.01 yuan from the same period last year to 84.08 yuan, the first decline in unit costs this year.

Next, China should continue to stimulate market vitality, fully tap into market potential and improve the quality and the efficiency of the real economy, Zhu said.