China's industrial profits up 19.6% in July 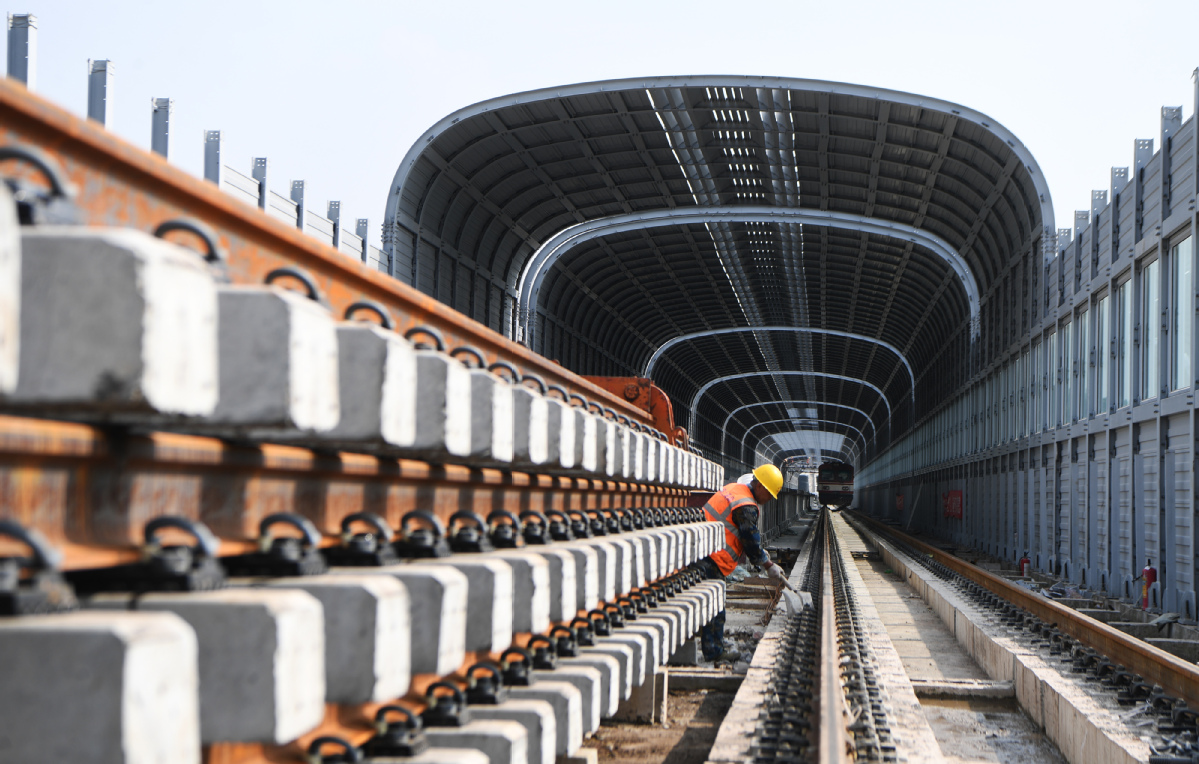 An employee performs maintenance work on a railway line in Chongqing. It is expected to be put into full operation by the end of this year. [Photo/Xinhua]

With the implementation of policies and measures to coordinate epidemic prevention and control with economic and social development, the industrial sector continues to improve and firms' profits continue to see rapid recovery growth, according to Zhu.

In the first seven months of the year, the profits of major industrial firms declined 8.1 percent to 3.1 trillion yuan, narrowing 4.7 percentage points from that in the first six months.

Specifically, profits of state-owned industrial firms dropped 23.5 percent from one year earlier to 783.81 billion yuan, while those of private ones shrank 5.3 percent year-on-year to 888.34 billion yuan.

During the period, profits of the mining industry slumped 41.6 percent, and manufacturing industry profits decreased by 4.5 percent.

Profits in 12 of the 41 surveyed industrial sectors rose compared with one year earlier, while 29 sectors saw their profits fall, according to the NBS.